Eye-Ergo, subject of a pilot 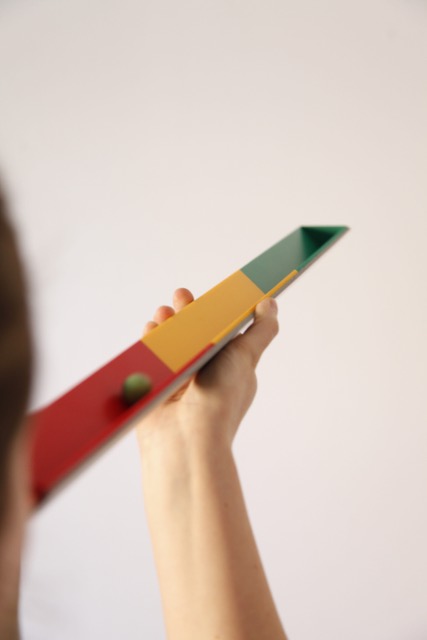 Since digital eyestrain becomes a more and more present problem, is it a theme that occupies me as an optometrist Several functional visual-related complaints which can affect daily life are:

It is obvious to me that the essential cause of the various visual problems computer work causes, is the lack of movement due to the static focus distance. This can give a feeling of tired and uncomfortable vision. Staring at screens for a long time induces also an increase of the blinking reflex which leads to dry eyes.

I subjected the eye ergo to a pilot in a call center where people work the whole day long on 2 computer screens. The people who voluntarily wanted to participate, used the eye-ergo during one month, each day every hour for one minute.

I took an intake and exit questionnaire which led to the following results :

These are promising results, especially since nobody who participated realized before the pilot that their eyes could be overloaded by computer work.
So for me the question about ‘keeping the eyes fit with the Eye-Ergo’ showed its added value: people became more conscious about their functioning of the eyes and their visual perception at that moment. They came to realize that applying the eye-ergo requires a certain targeted movement and activity of the eyes. It is a unique tool when it comes to the bundling of eye movements, vergence activities and accommodation activities, on 1 moving target, the marble that demands all visual and mental attention during the exercise. Practicing with the eye ergo means creating a situation that can not be found in normal seeing: a moving object that comes closer and moves further, while the colored background gives the necessary impulses.

This exercise has the potential that the practitioner becomes aware of the activity of the eyes and this in a short period of time. Isn’t that the ultimate goal of our services, that people become more conscious about their vision? Secondly, this tool can bring us to offer people an well balanced visual trainingsprogram to go deeper into their visual needs.

I also have a personal experience with the Eye-Ergo which I want to share:

The development of the Eye-Ergo itself, did took a period of time.
Long before the final version was ready to produce I had already a demo version.
At that time, 1 1/2 year ago, my presbyopia began to develop. I was ready to wear plus lenses. Even my distance was slightly reduced. I tried the Eye-Ergo on regular base (5 x 20 cycli a day) for finding out what and how this tool could impact my vision. Little by little I experienced the benefits when training with the Eye-Ergo. My near vision evolved positively, so that I no longer needed a positive correction. My visual acuity for far has also fully recovered. Now I still use the eye-ergo two times a day and it works fascinating!

This does not mean that only this tool can be used to train presbyopia or digital eyestrain. Approaching a kind of visual problems needs a well balanced VT program of which the Eye-Ergo can be a part.

Have a look to the Eye-Ergo unboxing and tutorial movie

The significance of the metronome in the vision therapy program 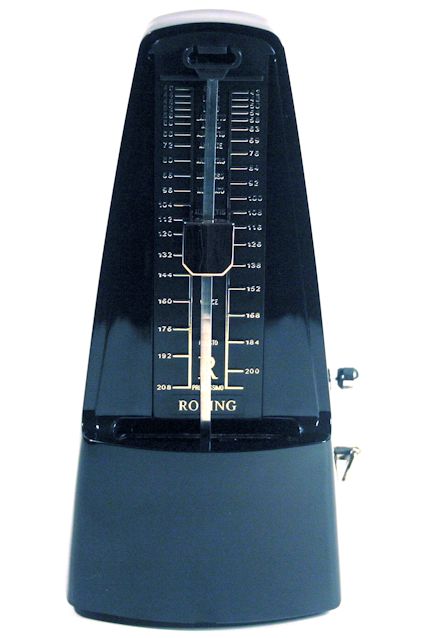 The significance of the metronome and its applications and implementations in the vision therapy program has been lost more and more although the effect of it can be incredibly huge.

Why and when can a metronome work integrating?

The use of rhythm as an additional external stimulus during vision therapy increases the cognitive level when performing the exercises. The various visual skills which are necessary to run a similarly specific exercise, must each be adapted to the specified rhythm.

So the level of certain skills may be too low executing them efficiently, under time pressure, which means that the performance  is still not good enough integrated in the visual system.

And what can be more important to get the improvements integrated in the visual system without being lost over time?

The use of the metronome is especially recommended when training with children.

Mostly those children, don’t have enough structure and therefore training on a rhythm is a proper tool to convert their chaos into a good controlled performance.

The child perceives different  stimuli but cannot decide which stimuli are important to perform that specific task. He can’t direct himself to the essential stimuli.

Rhythm can then be at that moment the stimulus whereat he can fixate his attention to without being distracted.

For instance when performing an accommodation exercise like reading from near to far and vice versa, the metronome can guide this kind of exercise.

First the child has to master the exercise without metronome and then he has to accomplish the exercise in a specific rhythm. If the accommodative and saccadic skills show low performance, the level of exercise must be adapted so that the given rhythm stimulus can be integrated with the visual task.

Also people showing divergence disorders can benefit when performing visual training on a rhythm. Especially when training the convergence skills, the tempo will make the attention skill stronger so that the tension and tendency to converge will be established easier.

There are so many situations in which the metronome during vision therapy can be integrated. 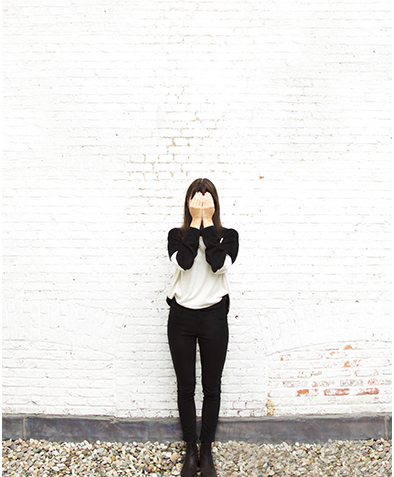 As behavioral optometrists we mostly occupy ourselves with the connection that exists between behavior and vision. Because of our professional duty to give people insight on the origin of their functional visual problem, we become ‘thinkers’ that detach themselves from a classical approach that is bounded by imposed and delineated rules. We are imposed to think ‘outside the box’, or better put, ‘we should do exactly that’! We have to intertwine and connect different clues, reasons, facts, events etc.  to approach the person with a visual problem in the best possible way. This proces starts with the patient history of the visual problem of the client and it has to manifest itself throughout the complete visual treatment that that specific person has to go through. If this important facet is missing in a behavioral optometrist, then it makes sense that behavioral optometry often doesn’t reach the people who can be helped by a visual training and/or syntonics optometry.

That is why I ask myself how it is possible, in this digital era, that too few people know our profession, let alone experience the benefits of behavioral optometry, and what it can mean for their visual problem.

The last few decennia we suddenly see 10 centimeters closer than before, because of the extreme use of smartphones and tablets. How extreme is this condition? Yet people keep implying that this doesn’t confront us with a visual problem. That’s impossible! Because of this, we all have to accommodate an elevated amount of diopter, with severe consequences. What about our visual motor skills, our binocular sight, our visual stamina, our concentration,…?

My dear colleagues, we have to recognize and acknowledge this changing behavioral pattern as a drastic change in the ‘behavior and vision’ of human beings. The digital era has been established for some time, but we behavorial optometrists haven’t yet fully shown our knowledge  to the public in general. We have to make the people know that their seeing pattern is changing because of the elevated visual tension caused by electronic devices. This also implies that visual screening can’t be a mere standard procedure, it requires an individual finetuning by us, optometrists. We have to realize that these changing social and visual behavioral patterns are an important part of, and cause of, a certain number of visual complaints. Let this way of optometrical thinking be a part of the solution that we give the customer. Let him or her experience the benefits of visual training, because a tired and troubled visual system can be helped not only with glasses! …